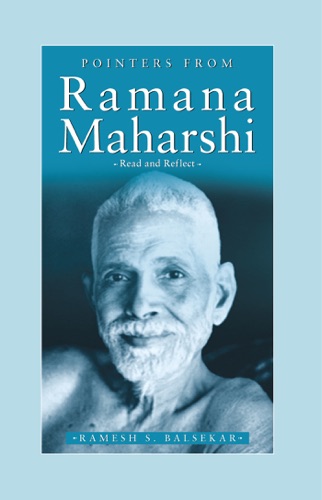 The Sage of Arunachala preferred to teach in silence. But when he did use words, he used few and he used them with telling effect. What struck you most about what he said was the authority of knowing that backed each word uttered.

Though all of what Ramana said was rich with meaning, if one has to grasp the very core of his teaching, one needs to sieve and filter, doggedly staying focussed on the very fundamentals of what he taught. Even those who have read many books on Ramana Maharshi's teachings will find this book different: focussed on the ultimate happiness as one's very nature.

More importantly, this book bring across points about Ramana Maharshis sayings which have not been given adequate attention and significance. To give three instances:

There is absolutely no need to hurry about anything: everything must happen only at the precise time appointed by the Cosmic Law.

The ego of the sage is like the remnants of a burnt rope.

Pointers From Ramana Maharshi brings you the teachings of Advaita Master Adi Shankara as expounded by Ramana Maharshi, distilled to their very quintessential understanding, by an experienced writer like Ramesh Balsekar.