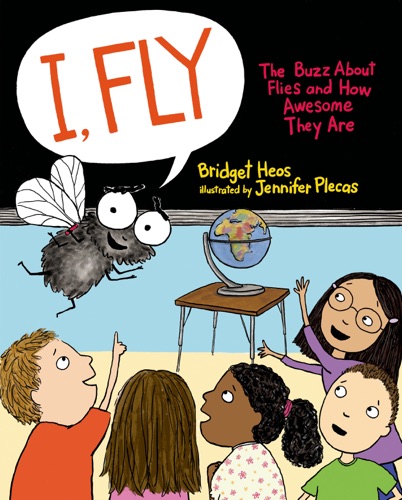 Fly is fed up with everyone studying butterflies. Flies are so much cooler! They flap their wings 200 times a second, compared to a butterfly's measly five to twelve times. Their babies-maggots-are much cuter than caterpillars (obviously). And when they eat solid food, they even throw up on it to turn it into a liquid. Who wouldn't want to study an insect like that?
In an unforgettably fun, fact-filled presentation, this lovable (and highly partisan) narrator promotes his species to a sometimes engrossed, sometimes grossed-out, class of kids.