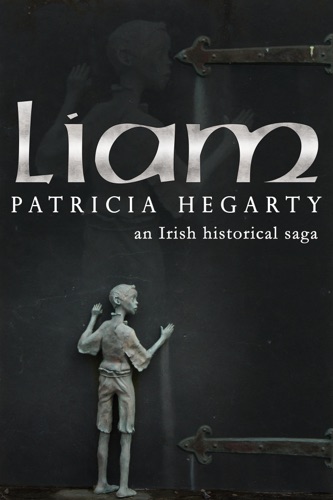 It is the mid-1800’s, the time of the Great Famine in rural Ireland. The country is under English rule. Born to Brigid and Ronan, landless tenants, living in an isolated part of the West of Ireland, life did not hold any promises for young LIAM. Ronan is hardened against the English and bitterly resents having to till the soil and work long hours on land that rightly belongs to the Irish. Brigid is meek and mild. Feared by the locals for her gifts, she arrives inexplicably into their town land. There are rumours abroad, unsubstantiated, that she has mystical powers.
Liam too, has inexplicable gifts. He has been seen swimming way out to sea with a dolphin when, by rights, he should have drowned.
Mysteriously, Brigid’s vegetables grow well in the patch of land behind their home. She provides for the table, uses plants for medicinal aid when necessary and still attends the local church on Sundays and lives a Christian life.
Liam has an unquenchable desire for knowledge and never ceases to ask questions about what lies beyond the horizon.
His father has no time for books and learning. It won’t put food on the table.
Hunger and want are realities that lead to death by starvation and disease.
When he meets the girl of his dreams, Cáit, it seems that Liam might be content with his lot. He no longer gazes out to sea and concentrates on providing for his family by poaching and stealing.
Liam witnesses neighbours and friends dying on the side of the road. Survivors often choose the emigration route, hearing that the streets of New York are paved with gold. Many never make it as far as the harbours of Cork, or Sligo. Some, who have stolen bread or vegetables are condemned to deportation, usually to faraway places such Australia. Their families never hear from them again. Others are shot in the act of stealing a chicken or potatoes.
When people believe the situation cannot get any worse, a blight hits the potato crop, reducing the potato to a putrid mess. Not even a seed potato is saved. The Irish peasant, reliant on potatoes as his sole food, faces immediate starvation. Meanwhile, the English continue to export grain and cattle to the United Kingdom, mindless to the troubles of those around them.
Liam grows up resentful and hot-tempered. Everything that is dear to him is changing or dying. Will he too, have a similar destiny?
Can he surmount the difficulties that surround him and his family? He suffers great personal losses, the hatred of the landlord, eviction, no work. Despair and death is everywhere. Fate plays a great part in providing him with a way out.