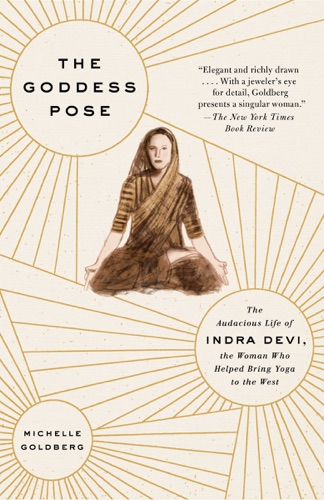 When Indra Devi was born in Russia in 1899, yoga was virtually unknown outside of India. By the time of her death, in 2002, it was being practiced around the world. Here Michelle Goldberg tells the globetrotting story of the incredible woman who helped usher in a craze that continues unabated to this day. A sweeping picture of the twentieth century that travels from the cabarets of Berlin to the Mysore Palace to Golden Age Hollywood and beyond, The Goddess Pose brings the Devi’s little known but extraordinary adventures vividly to life.