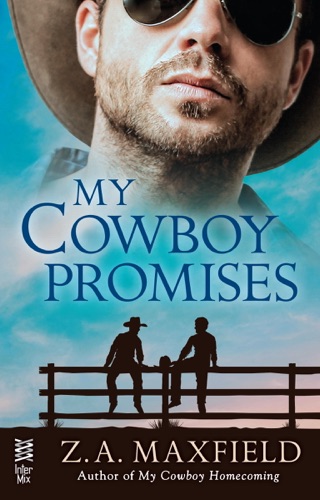 To become the man he’s meant to be, one cowboy will have to be the man he never wanted anyone to know he was…

Ryder Dent is a true-blue cowboy. A devoted son, husband and father, but one who is living a costly lie. When they were both young, Ryder and his closest female friend Andi thought they’d found the perfect solution to both their problems—she was single and pregnant, and he was secretly gay—so they got married and raised Jonas together.

When Ryder gets hurt at a party, his son’s new pediatrician comes to the rescue. The connection between Ryder and Dr. Declan Winters is sudden, powerful, and undeniable. Ryder loves Andi and the family they’ve created together—but they both need more. Can they pursue their hearts’ desire without destroying the life they’ve built and losing the son they love?

Praise for Z. A. Maxfield:

“Z. A. Maxfield has a lyrical way of writing that makes it easy to escape into the world that she creates for her characters.”—Night Owl Reviews

"The thing that you managed to pull off that made […] me happy was that ePistols at Dawn was also a damn good story and a hot, exciting romance.”—Dear Author

“Maxfield has written another gem and a winner. Run, don’t walk, to get a copy of Stirring Up Trouble today.”—ReviewsbyJessewave.com

Z. A. Maxfield started writing in 2007 on a dare from her children and never looked back.  Pathologically disorganized, and perennially optimistic, she writes as much as she can, reads as much as she dares, and enjoys her time with family and friends.  If anyone asks her how a wife and mother of four manages to find time for a writing career, she’ll answer, “It’s amazing what you can accomplish if you give up housework.”