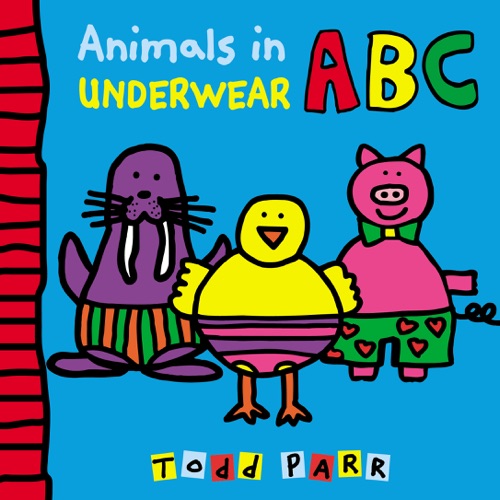 From alligator to zebra - with a goldfish, iguana, yak, and even a unicorn in between - there's no better way to learn the alphabet than with animals... in underwear!

Todd Parr's signature kid-friendly illustrations and bold colors showcase an array of animals in all kinds of hilarious underwear styles, making learning the alphabet tons of fun. Featuring a padded cover and gate folds on every spread, here's a playful, silly way for kids to learn their ABCs!