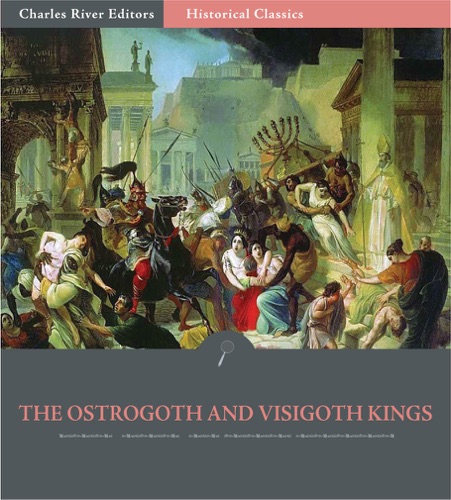 Jordanes, also written Jordanis or (not common nowadays) Jornandes, was a 6th century Roman bureaucrat best known for writing histories. Jordanes wrote Romana about the history of Rome, but his best-known work is his Getica, written in Constantinople about AD 551. It is the only extant classical work dealing with the early history of the Goths. Jordanes was asked by a friend to write this book as a summary of a multi-volume history of the Goths (now lost) by the statesman Cassiodorus. He was selected for his known interest in history (he was working on Rome's), his ability to write succinctly, and because of his own Gothic background. As the only surviving work on Gothic origins, the Getica has been the object of much critical review.
Apollinaris Sidonius or Saint Sidonius Apollinaris (circa 430 –489) was a poet, diplomat, and bishop, becoming one of the few authors from 5th century Gaul whose works survived. He was one of 4 Gallo-Roman aristocrats whose letters survived in quantity during the time period, making him an invaluable primary source on the Goths.
Theodoric, of course, was the King of the Visigoths from 418 to 451. Theodoric's forces contributed decisively to the victory of the Romans against the Huns in 451, but he himself was killed during the battle of Châlons. Jordanes records two different accounts of his death: one was that Theodoric was thrown from his horse and trampled to death; the second was that Theodoric was slain by the spear of the Ostrogoth Andag, who was the father of Jordanes's patron Gunthigis.