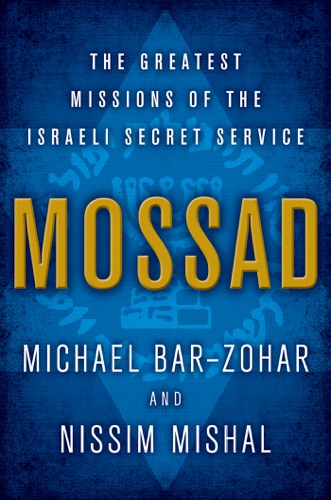 "This book tells what should have been known and isn't—that Israel's hidden force is as formidable as its recognized physical strength."
— Israeli President Shimon Peres

For decades, Israel's renowned security arm, the Mossad, has been widely recognized as the best intelligence service in the world. In Mossad, authors Michael Bar-Zohar and Nissim Mishal take us behind the closed curtain with riveting, eye-opening, boots-on-the-ground accounts of the most dangerous, most crucial missions in the agency's 60-year history. These are real Mission: Impossible true stories brimming with high-octane action—from the breathtaking capture of Nazi executioner Adolph Eichmann to the recent elimination of key Iranian nuclear scientists. Anyone who is fascinated by the world of international espionage, intelligence, and covert "Black-Ops" warfare will find Mossad electrifying reading.

Mossad unveils the defining and most dangerous operations, unknown heroes, and mysterious agents of the world's most respected—and most enigmatic—intelligence service. Here are the thrilling stories of daring top secret missions, including the capture of Adolf Eichmann, the eradication of Black September, the destruction of the Syrian nuclear facility, and the elimination of key Iranian nuclear scientists.

Drawn from intensive research and exclusive interviews with Israeli leaders and Mossad operatives, this riveting history brings to life the brave agents, deadly villains, and major battlegrounds that have shaped Israel and the world at large for more than sixty years.