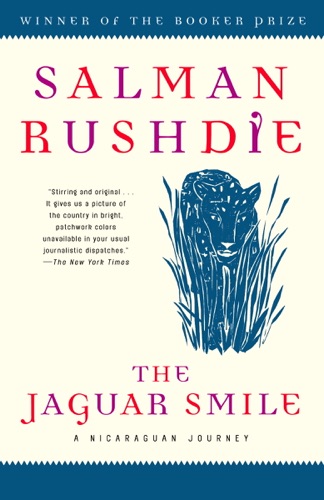 “I did not go to Nicaragua intending to write a book, or, indeed, to write at all: but my encounter with the place affected me so deeply that in the end I had no choice.” So notes Salman Rushdie in his first work of nonfiction, a book as imaginative and meaningful as his acclaimed novels. In The Jaguar Smile, Rushdie paints a brilliantly sharp and haunting portrait of the people, the politics, the terrain, and the poetry of “a country in which the ancient, opposing forces of creation and destruction were in violent collision.” Recounting his travels there in 1986, in the midst of America’s behind-the-scenes war against the Sandinistas, Rushdie reveals a nation resounding to the clashes between government and individuals, history and morality.