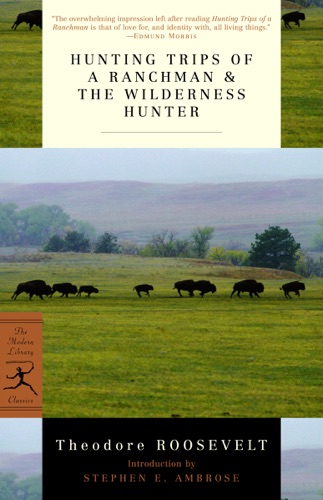 Written during his days as a ranchman in the Dakota Bad Lands, these two wilderness tales by Theodore Roosevelt endure today as part of the classic folklore of the West. The narratives provide vivid portraits of the land as well as the people and animals that inhabited it, ever underscoring the author's abiding concerns as a naturalist.

Originally published in 1885, Hundting Trips of a Ranchman chronicles Roosevelt's adventures tracking a twelve-hundred-pound grizzly bear in the pine forests of the Bighorn Mountains. Yet some of the best sections are those in which Roosevelt muses on the beauty of the Bad Lands and the simple pleasures of ranch life. The British Spectator said the book 'could claim an honourable place on the same shelf as Walton's Compleat Angler.' The Wilderness Hunter, which came out in 1893, remains perhaps the most detailed account of the private life of the grizzly bear ever recorded.