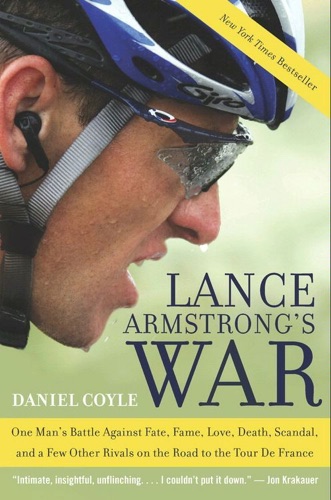 Lance Armstrong's War is the extraordinary story of greatness pushed to its limits; a vivid, behind-the-scenes portrait of perhaps the most accomplished athlete of our time as he vies for a historic sixth straight victory in the toughest sporting event on the planet. It is the true story of a superlative sports figure fighting on all fronts—made newly vulnerable by age, fate, fame, doping allegations, a painful divorce, and an unprecedented army of challengers—while mastering the exceedingly difficult trick of being Lance Armstrong, a combination of world-class athlete, celebrity, regular guy, and, for many Americans, secular saint.

With a new afterword by the author, featuring in-depth reporting on:
Armstrong's unprecedented seventh consecutive Tour de France victoryNew blood doping allegationsArmstrong's continuing personal and legal battles, and his retirement
A fascinating journey through the little-known landscape of professional bike racing, Lance Armstrong's War provides a hugely insightful look into the often inspiring, always surprising core of a remarkable athlete and the world that shapes him.