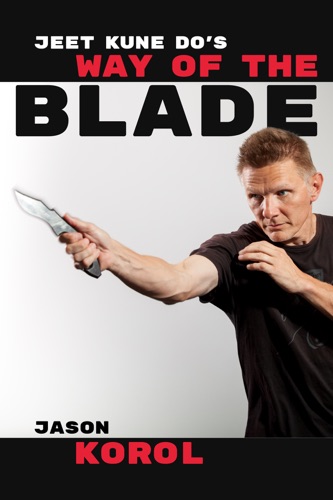 Many books and videos offer knife training for self-defense erroneously. These errors are usually due to over-complication that involve extremely close-range movements and, importantly, forget the primary goal, which is self-defense. In fact, many of the knife drills taught to civilians will get you thrown in jail! They're not based on reality, but on numerous cuts and stabs against an immobile target.

That's not the reality of self-defense, though.

In JKD's Way of the Blade, learn how to use a tactical folding knife as your primary means of self-defense. Yes, you read that right! You've heard it said, "don't bring a knife to a gun fight." That's not entirely logical, though. Naturally, you wouldn't want to storm Normandy Beach with a small knife. But that's not what we're talking about. In this book you'll learn a revolutionary and simple method of using a small blade behind a brilliant and integrated scheme of one cutting action and footwork. With your life on the line you don't have time for fancy moves. You need the simplicity of this method.

You'll also learn how to protect your weapon from grabs and how much better a knife is than a firearm for self-defense in the modern world. In all, JKD's Way of the Blade will open up a whole new way of seeing the small, tactical folding knife. Lastly, and most importantly, you'll learn the heart and soul of self-defense, of what it truly means to be a self-defender and martial artist in a world that's forgotten sound ethics.