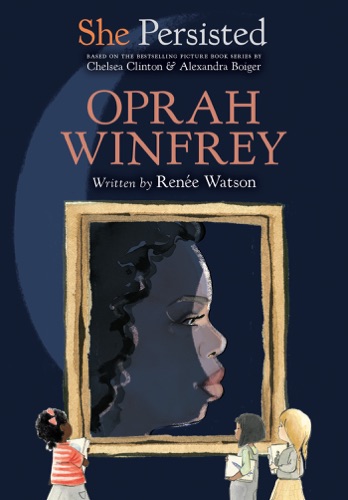 Inspired by the #1 New York Times bestseller She Persisted by Chelsea Clinton and Alexandra Boiger comes a chapter book series about women who stood up, spoke up and rose up against the odds--including Oprah Winfrey!

In this chapter book biography by award-winning author Renée Watson, readers learn about the amazing life of Oprah Winfrey--and how she persisted.

When Oprah Winfrey was growing up, her family expected her to become a maid like her grandmother. But she had different dreams. She went after them and turned her dreams into reality, becoming a media superstar and inspiring countless other people along the way.

Complete with an introduction from Chelsea Clinton, black-and-white illustrations throughout, and a list of ways that readers can follow in Oprah Winfrey's footsteps and make a difference!

And don’t miss out on the rest of the books in the She Persisted series, featuring so many more women who persisted!

Praise for She Persisted: Oprah Winfrey:

* "This is a lively introduction to the life of a woman who beat many odds to become successful. . . . A highly recommended addition to this stellar series." --Kirkus Reviews, *STARRED REVIEW*