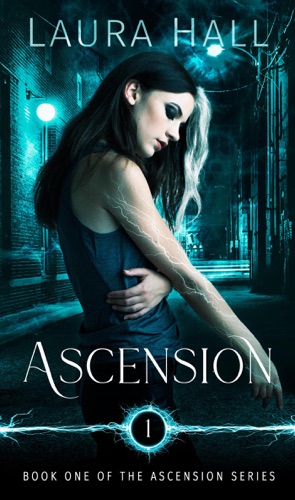 In a world of supernaturals, I am something else.

Ascension Day turned Average Joes into spell-casting savants, Plain Janes into glamorous vampires, and the homeless guy at the intersection of Sunset and Santa Monica into the alpha werewolf of Los Angeles. Unfortunately for me, my Ascension was… unique. I was struck by lightning and can't stop throwing sparks.

For the last fourteen years, hiding has kept me safe from the government, while my uncle's magic has kept the public safe from me. Now, just when I've found some semblance of control over my power, my world turns upside down again. A terrorist organization has kidnapped my dad, thrusting me to the center of an investigation that quickly reveals my anonymity was only an illusion.

Some of the most famous, dangerous supernaturals in the world surround me, and their agendas are as mystifying as my growing powers. My sworn protector is none other than Connor Thorne —  arguably the oldest, most powerful vampire in existence. But even silver linings cast shadows; Connor has more secrets than I do.

My name is Fiona Sullivan, and for better or worse, the world is about to find out exactly who I am.

Ascension is the first installment of a new Urban Fantasy series packed with action, mystery, and romance. Perfect for fans of Kim Harrison, Patricia Briggs, Ilona Andrews, and Charlaine Harris.

Second Chance Boyfriend: One Week Girlfriend Book 2 by Monica Murphy - The Rakehell of Roth by Amalie Howard - The Billionaire's Home Town by April Murdock - Elementary Romantic Calculus by Susannah Nix - The Beast of Beswick by Amalie Howard - Pushing His Luck by Kira Archer - The Knight by Monica McCarty - The Invitation by Vi Keeland - Experimental Marine Biology by Susannah Nix - Scotland or Bust by Kira Archer -