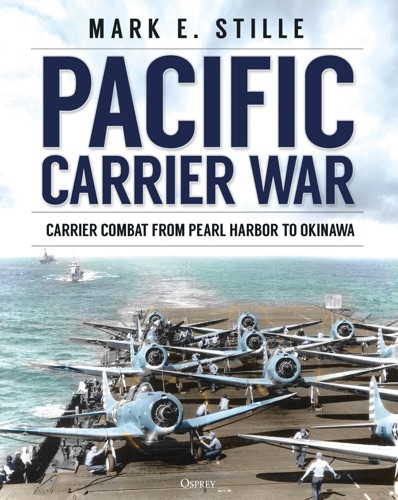 A detailed and comprehensive study of the carrier formations of the Pacific War, including their origins, development and key battles from the Coral Sea, through Midway and Guadalcanal to the battle of the Philippine Sea.

The defining feature of the Pacific Theatre of World War II was the clash of carriers that ultimately decided the fate of nations. The names of these battles have become legendary as some of the most epic encounters in the history of naval warfare. Pre-war assumptions about the impact and effectiveness of carriers were comprehensively tested in early war battles such as Coral Sea, while US victories at Midway and in the waters around Guadalcanal established the supremacy of its carriers. The US Navy's ability to adapt and evolve to the changing conditions of war maintained and furthered their advantage, culminating in their comprehensive victory at the battle of the Philippine Sea, history's largest carrier battle, which destroyed almost the entire Japanese carrier force.

Examining the ships, aircraft and doctrines of both the Japanese and US navies and how they changed during the war, Mark E. Stille shows how the domination of American carriers paved the way towards the Allied victory in the Pacific.