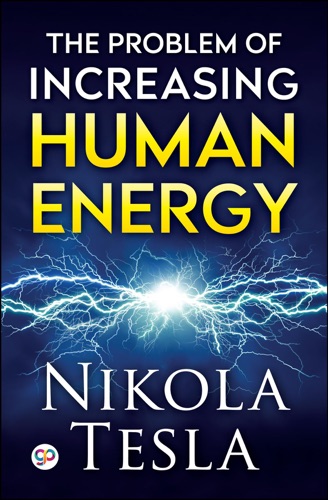 Part philosophical ponderings on humanity's relationship to the universe, part scientific extrapolation on what technological advancement might bring to that understanding, this long essay, first published in Century Illustrated Magazine in June 1900, is yet another example of the genius of Serbian inventor NIKOLA TESLA (1857-1943), the revolutionary scientist who forever changed the scientific fields of electricity and magnetism.

Nikola Tesla (1857-1943) was a revolutionary Serbian scientist who forever changed the scientific fields of electricity and magnetism. His research laid much of the groundwork for modern electrical and communication systems, and his impressive accomplishments include development of the alternating-current electrical system, radio, the Tesla coil transformer, wireless transmission, and fluorescent lighting.

His dream of wireless communication came to pass in both the radio and eventually the cell phone. Yet his story remains widely unknown. History buffs, science enthusiasts, backyard inventors, and anyone who has ever dared to dream big will find the life of Nikola Tesla, written in his own words, engaging, informative, and humorous in its eccentricity.

The Five Invitations by Frank Ostaseski - Surrounded by Idiots by Thomas Erikson - The Game by Neil Strauss - The Almanack of Naval Ravikant by Eric Jorgenson - Think Like a Monk by Jay Shetty - The Laws of Human Nature by Robert Greene - How You’ll Do Everything Based On Your Zodiac Sign by Chrissy Stockton - Atomic Habits by James Clear - This Naked Mind by Annie Grace - How Not to Die by Dr Michael Greger, Michael Greger & Gene Stone -