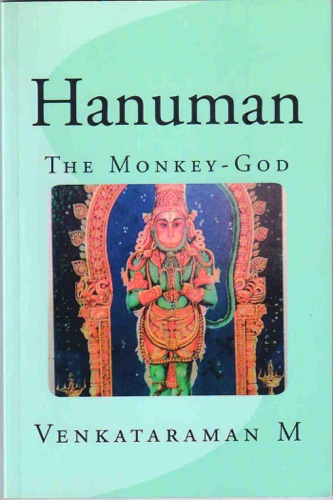 Hanuman is a well-known god in Hinduism. He is known as a monkey-god, and can be seen in temples throughout India. He is depicted in various forms. In some temples his image is set up alone standing with a mace in his hand. In some other places, he is seen with folded hands. In some other temples he is depicted sitting in a devotional posture before the images of Rama and Sita. He is the greatest devotee of Rama. Rama loves him the most. He is the god of power and strength. He remained a celibate and is stated to be an immortal. It is believed that he is present wherever the story of Rama is recited or spoken. This book contains some of the stories connected to him.