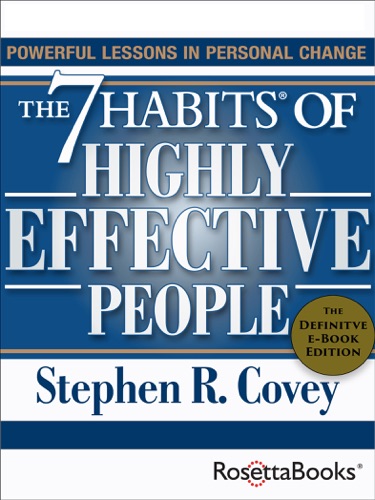 The definitive eBook edition of the New York Times bestselling classic named #1 Most Influential Business Book of the 20th Century by Forbes.

Since its first publication in 1989, The 7 Habits of Highly Influential People has been translated into more than forty languages and sold tens of millions of copies around the world. Stephen R. Covey’s timeless wisdom has inspired people of all ages and walks of life to not only improve their businesses and careers but to live with integrity, service, dignity, and success in all areas of life.

This definitive eBook edition includes forwards by Stephen R. Covey, Jim Collins, and Covey’s children.
“Every so often a book comes along that not only alters the lives of readers but leaves an imprint on the culture itself. The 7 Habits is one of those books.”—Daniel Pink, author of Drive and To Sell is Human