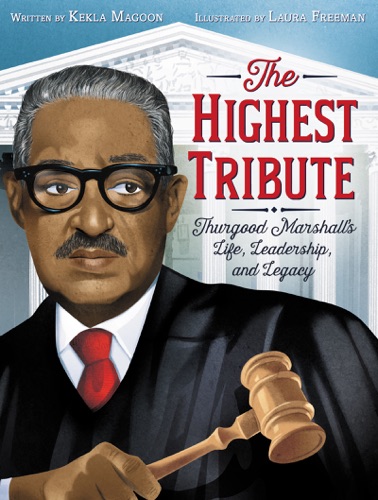 A brilliant picture book biography about Thurgood Marshall, who fought for equality during the Civil Rights Movement and served as the first Black justice on the Supreme Court, from Coretta Scott King Honor winners Kekla Magoon and Laura Freeman.

Growing up in Baltimore, Thurgood Marshall could see that things weren’t fair. The laws said that Black and white people couldn’t use the same schools, parks, or water fountains.

When Thurgood had to read the Constitution as punishment for a prank at school, his eyes were opened. It was clear to him that Jim Crow laws were wrong, and he was willing to do whatever it took to change them.

His determination to make sure all Americans were treated equally led him to law school and then the NAACP, where he argued cases like Brown v. Board of Education in front of the Supreme Court. But to become a Justice on the highest court in the land, Thurgood had to make space for himself every step of the way.