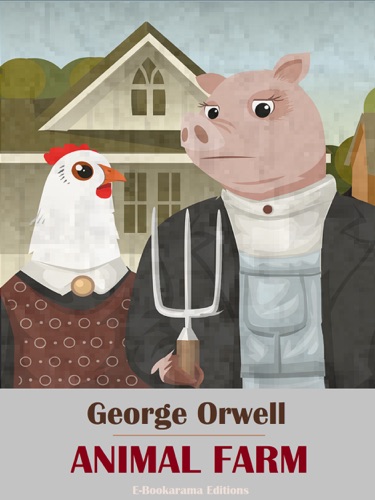 "Animal Farm" is a novel about a group of animals who take control of the farm they live on.

The animals get fed up of their master, Farmer Jones, so they kick him out. Once they are free of the tyrant Jones, life on the farm is good for a while and there is hope for a happier future of less work, better education and more food. However, trouble brews as the pigs, Napoleon and Snowball, fight for the hearts and minds of the other animals on the farm. Napoleon seizes power by force and ends up...

"Animal Farm" was written by George Orwell and published in 1945 and it is considered by many his best novel. This novel is an allegory - even though it is set on a farm and stars a cast of farm animals, it reflects the events of the Russian revolution of 1917.

The animals are all clever representations of Russian politicians, voters and workers. Orwell used the novel to make his opinions on Russian leaders heard.