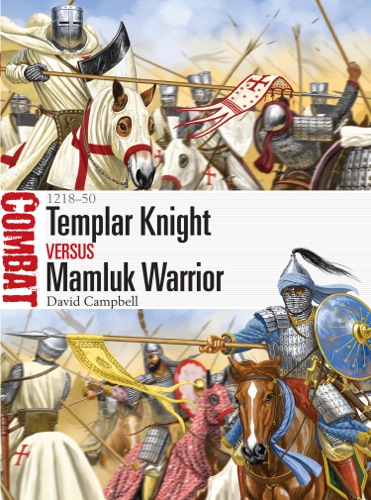 Step into the violent world of the 13th century, where the European states of the Levant battled with Muslim powers for control of Jerusalem. At the cutting edge of the conflict were the elite fighting men of the Crusader and Egyptian armies – the Knights Templar and the Mamluks, respectively. The Templars were the most famous and formidable of the European Military Orders, while the Mamluks were a slave caste whose fighting prowess had elevated them to the point of holding real political power, threatening their Ayyubid masters who relied on them so desperately for military success. This book draws on the latest research to tell the story of three key engagements from the Fifth Crusade to the Seventh Crusade. It reveals the extraordinary ferocity with which these battles were fought, and how the struggle between Templar and Mamluk came to shape the political future of the region.