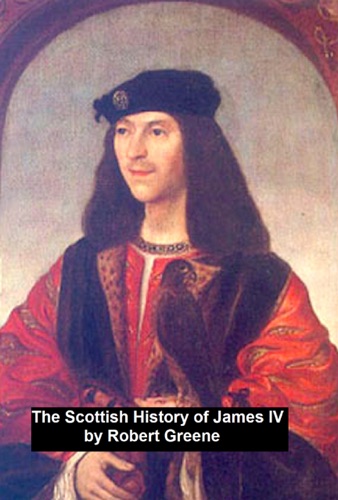 First published in 1598. The plot of this "historical" play is entirely unhistorical. The text contains nothing to identify either the English or the Scottish king, and the date 1520 given in the Induction is seven years after the death of James IV at Flodden. According to Wikipedia: "Robert Greene (1558–1592) was an English author popular in his day, and now best known for a posthumous pamphlet attributed to him, Greene's Groats-Worth of Witte, bought with a million of Repentance, widely believed to contain an attack on William Shakespeare. Robert Greene was a popular Elizabethan dramatist and pamphleteer known for his negative critiques of his colleagues. He is said to have been born in Norwich.[1] He attended Cambridge, receiving a BA in 1580, and an M.A. in 1583 before moving to London, where he arguably became the first professional author in England. Greene was prolific and published in many genres including romances, plays and autobiography."