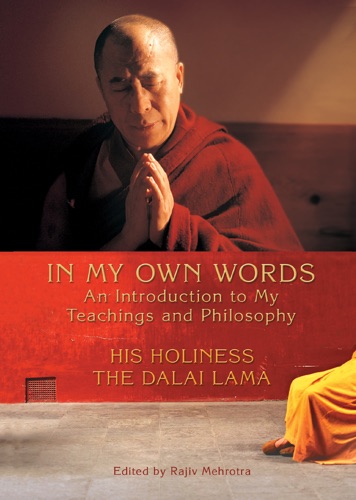 His Holiness the Dalai Lama is celebrated as Buddhism’s preeminent spiritual master and teacher, embodying the highest aspirations of this rich tradition that is more than 2,500 years old. With both profundity and simplicity, he has carried the nuanced teachings of the Buddha to the far corners of the globe, and in the process has touched and transformed millions of lives. Like the Buddha himself, the Dalai Lama, with his ever-smiling face, reaches out to people in ways that connect to their individual mental dispositions, abilities, and everyday realities. Buddhism, which never seeks to proselytize, has been made accessible by the Dalai Lama to both non-Buddhists and Buddhists alike so that we may all learn from one of the most valuable strands of our shared heritage. This fascinating book brings together extracts from some of His Holiness’s most powerful writings and talks. As he explains the elements of the Buddha’s teachings and the basic practices of meditation, he also engages and reconciles the innovations of modern science with Buddhist perspectives. Ultimately, His Holiness calls for the celebration of diversity and the recognition of interdependence that breeds a sense of Universal Responsibility—which must govern all of our relationships in this increasingly fragmented world. Serving as the perfect introduction to the Dalai Lama’s philosophy, both Buddhist and secular, In My Own Words is just the book for gleaning insights into the mind of one of the world’s greatest spiritual icons.