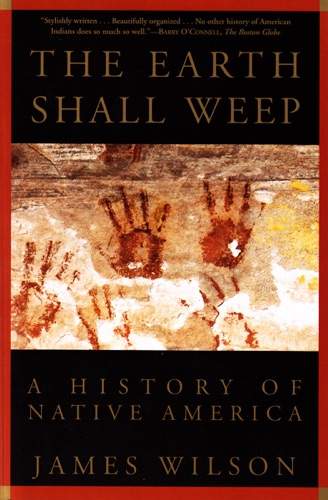 “A sweeping, well-written, long-view history” of Native American societies and “a sad epic of misunderstanding, mayhem, and massacre” (Kirkus Reviews).

In this groundbreaking, critically acclaimed historical account of the Native American peoples, James Wilson weaves a historical narrative that puts Native Americans at the center of their struggle for survival against the tide of invading European peoples and cultures, combining traditional historical sources with new insights from ethnography, archaeology, oral tradition, and years of his own research.

The Earth Shall Weep charts the collision course between Euro-Americans and the indigenous people of the continent—from the early interactions at English settlements on the Atlantic coast, through successive centuries of encroachment and outright warfare, to the new political force of the Native American activists of today.

This “stylishly written . . . Beautifully organized” (Boston Globe) tour de force is a powerful, moving chronicle of the Native American peoples that has been hailed as “the most balanced account of the taking of the American continent I’ve ever seen” (Austin American-Statesman).