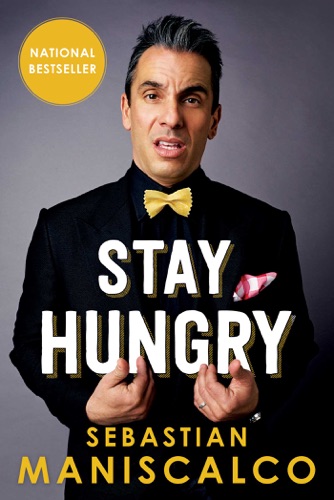 At twenty-four, Sebastian Maniscalco arrived in LA with a suitcase and saved up minimum wages. He knew no one and nothing about standup comedy, but he was determined to go for it anyway.

At forty-four, he’s on the Forbes’ list of highest earning comedians, sells out arenas, and has starred in four hit comedy specials including Why Would You Do That? on Showtime.

Stay Hungry tells the story of the twenty years in between. On the way from clueless rube to standup superstar, Seb was booed off stages; survived on tips and stolen food; got advice from mentors Andrew Dice Clay, Vince Vaughn, Tony Danza, and Jerry Seinfeld; fell in love; and stayed true to his Italian-immigrant roots. The one code that always kept him going: stay hungry, keep focused, never give up, and one day, you’ll make it.