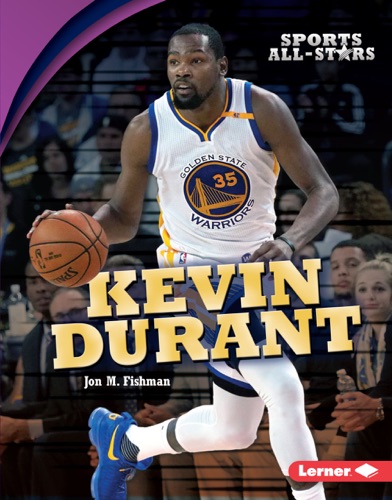 Kevin Durant is a star basketball player for the Golden State Warriors. He's a top scorer and works hard to make sure the Warriors stay one of the best teams in the National Basketball Association (NBA). He has been voted Rookie of the Year and All-Star Game MVP, and he was one of the youngest players of all time to be named NBA MVP. Durant is a skilled shooter, but his life off the court is just as impressive. Learn how he rose to national stardom, what he does to work out and eat well, and much more.