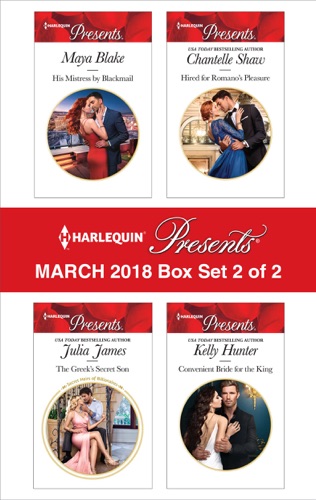 HIS MISTRESS BY BLACKMAIL

Ruthless Alexei is hell-bent on recovering a stolen heirloom. But blackmailing delectable dancer Sage unravels when their attraction ignites! He’s forgotten all his own rules — because this game of seduction can only have one winner…

Years ago Anatole broke Tia’s heart — despite her fierce craving, she won’t accept his marriage demand! But as they’re bound by more than passion…dare Tia confess to the biggest secret of all?

Orla never forgot Torre’s cruel rejection, or the white-hot pleasure they found together! Working late nights with him is sensual torture — and Torre is tempting Orla to play with fire once again…

CONVENIENT BRIDE FOR THE KING

Claimed by a King

King Theodosius needs a queen to keep his throne. So, Theo makes Princess Moriana an offer she can’t refuse—an initiation in the pleasures of the marriage bed…