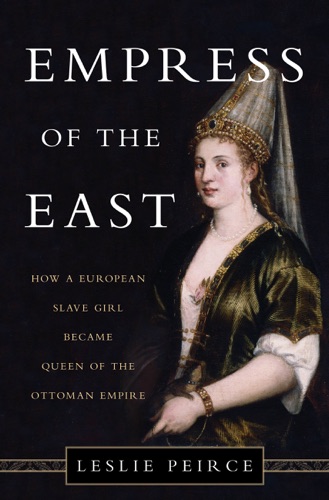 The "fascinating . . . lively" story of the Russian slave girl Roxelana, who rose from concubine to become the only queen of the Ottoman empire (New York Times).

In Empress of the East, historian Leslie Peirce tells the remarkable story of a Christian slave girl, Roxelana, who was abducted by slave traders from her Ruthenian homeland and brought to the harem of Sultan Suleyman the Magnificent in Istanbul. Suleyman became besotted with her and foreswore all other concubines. Then, in an unprecedented step, he freed her and married her. The bold and canny Roxelana soon became a shrewd diplomat and philanthropist, who helped Suleyman keep pace with a changing world in which women, from Isabella of Hungary to Catherine de Medici, increasingly held the reins of power.

Until now Roxelana has been seen as a seductress who brought ruin to the empire, but in Empress of the East, Peirce reveals the true history of an elusive figure who transformed the Ottoman harem into an institution of imperial rule.