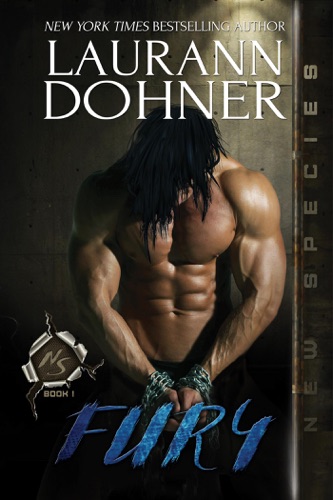 *** THIS IS A RERELEASE OF A PREVIOUSLY PUBLISHED BOOK ***

Ellie is horrified to discover the pharmaceutical company she works for is doing illegal experiments. Company scientists have spliced human and animal DNA, creating exotic new species. One such "experiment" captures her heart and she'll do anything to save him—even if he hates her for it.

Fury has never known compassion or love. He's spent his life in a cell, chained and abused by humans. The one woman he allowed himself to trust betrayed him. Now he's free and set on vengeance. He vows to end her life but when she's finally in his grasp, harming her is the last thing he wants to do to the sexy little human.

Fury can't resist Ellie—the touch of her hands, her mouth on his skin, her body wrapped around his. He's obsessed with the scent of his woman. And Ellie wants Fury—always has. She craves his big, powerful body and wants to heal his desolate heart.

But loving Fury is one thing…taming him is another.