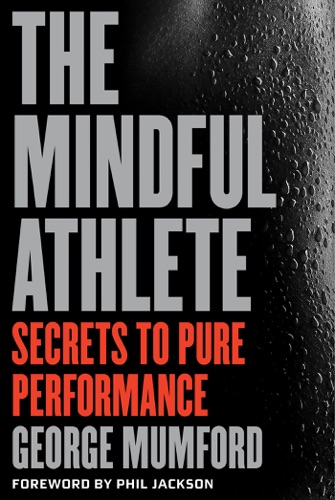 The all-star adviser to athletes like Kobe Bryant and Michael Jordan shares his revolutionary, mindfulness-based program for elevating your game

“George helped me understand the art of mindfulness. To be neither distracted or focused, rigid or flexible, passive or aggressive. I learned just to be.” —Kobe Bryant

Michael Jordan credits George Mumford with transforming his on-court leadership of the Bulls, helping Jordan lead the team to six NBA championships. Mumford also helped Kobe Bryant, Andrew Bynum, and Lamar Odom and countless other NBA players turn around their games. A widely respected public speaker and coach, Mumford is sharing his own story and the strategies that have made these athletes into stars in The Mindful Athlete: The Secret to Pure Performance. His proven, gentle but groundbreaking mindfulness techniques can transform the performance of anyone with a goal, be they an Olympian, weekend warrior, executive, hacker, or artist.

When Michael Jordan left the Chicago Bulls to play baseball in 1993, the team was in crisis. Coach Phil Jackson, a long-time mindfulness practitioner, contacted Dr. Kabat-Zinn to find someone who could teach mindfulness techniques to the struggling team—someone who would have credibility and could speak the language of his players. Kabat-Zinn led Jackson to Mumford and their partnership began. Mumford has worked with Jackson and each of the eleven teams he coached to become NBA champions. His roster of champion clients has since blossomed way beyond basketball to include corporate executives, Olympians, and athletes in many different sports.

With a charismatic teaching style that combines techniques of engaged mindfulness with lessons from popular culture icons such as Yoda, Indiana Jones, and Bruce Lee, Mumford tells illuminating stories about his larger than life clients. His writing is down-to-earth and easy to understand and apply. The Mindful Athlete is an engrossing story and an invaluable resource for anyone looking to elevate their game, no matter what the pursuit, and includes a foreword by Phil Jackson.