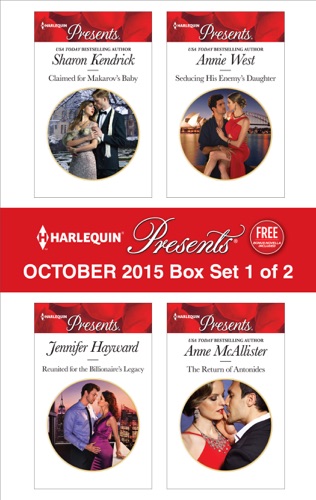 CLAIMED FOR MAKAROV'S BABY (The Bond of Billionaires)
Sharon Kendrick
Dimitri Makarov's former secretary, Erin Turner, is getting married. But instead of congratulating the happy couple, the masterful oligarch plans to stop the wedding. Because the blushing bride…is also mother to his secret son!

REUNITED FOR THE BILLIONAIRE'S LEGACY (The Tenacious Tycoons)
Jennifer Hayward
Diana Taylor's marriage to Coburn Grant was short and passionate until the reality of their different worlds set in. Now, years later, Coburn has finally agreed to a divorce. Except one last pleasurable night together seals their fate—with a baby!

Look for 8 new exciting stories every month from Harlequin® Presents!